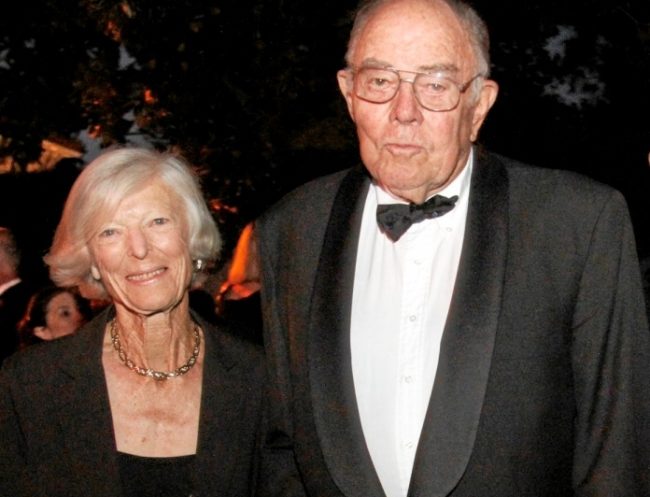 John Matthiessen enjoyed a long career as a salesman and then as the owner/operator of PlayWell, a local company that crafted high-quality play equipment for children.  After he sold the company in the early 2000s, a friend invited him to visit the Boys & Girls Club Pasadena (BGCP), and John was hooked. “With my company, I worked for more than 20 years with affluent families. I was ready to give back to families who didn’t have those resources,” he says. He joined the board of directors and soon found himself the board chair. His tall stature helped earn him the nickname “Big John” at the organization.

“I was a hands-on board member,” John notes. “I knew the staff and tried to look after the spaces they worked in. I felt that how their work environment looked and functioned was important to how they did their job. I also felt the appearance of the campuses reflected how we valued the kids, (so) I helped raise substantial funding for campus beautification and then became the de-facto gardener,” he laughs. John was also instrumental in creating several of BGCP’s events, including the organization’s signature and very popular Black Tie & Burger event, and he raised funds to build a new batting cage.

A “Legend” with a Heart for Service “Big John is a legend here at the Boys & Girls Club of Pasadena!” enthuses Lisa Cavalier, BGCP’s Chief Executive Officer. After years of involvement, he is still “always happy to give input about the Clubhouses and grounds, ready to make a phone call to a donor, or give historical context to any number of situations that arise. We are so grateful to Big John for who he is and for the heart he continues to bring in service to the Club’s kids.” When asked how he hopes his PCF endowment will make a difference, John simply says, “I want it to help the kids.” Read more about John’s family and his long history in the Pasadena area.