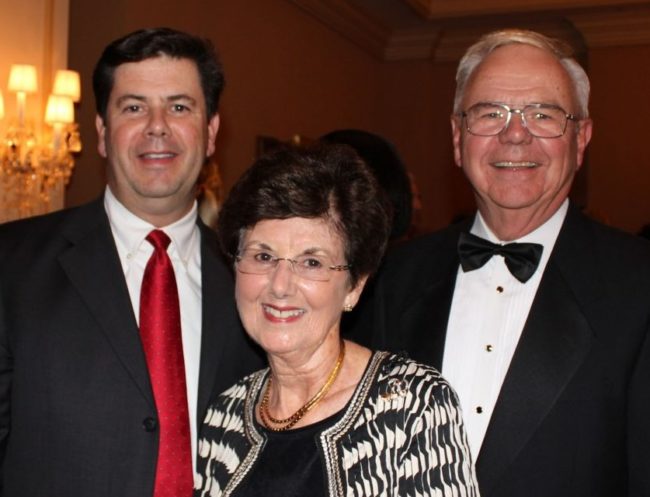 In 1937, Don’s parents’ Arnold and Ellen Fedde started Fedde Furniture on the same block that it stands today. It has been family owned and operated for more than three generations. Don took over as president in 1963. Now, two of their four children, Mark Fedde and Melinda Fedde Kenney, continue the family tradition. (Mark, Julie, and Don Fedde are pictured above.)

When Julie and Don’s son Mark had a disabled child, they stepped up to help a small local nonprofit, Move A Child Higher (MACH 1), where their grandson, Taylor, participated in the therapeutic horseback riding program. In 2016, as part of PCF’s Be 1 in 100 Endowment Builder campaign, they set up an endowment to support PCF grants that go to non-profits serving disabled youth. The Fedde Endowment for Disabled Youth became endowment number 99 at PCF!

For more on the Fedde Endowment for Disabled Youth, click here.