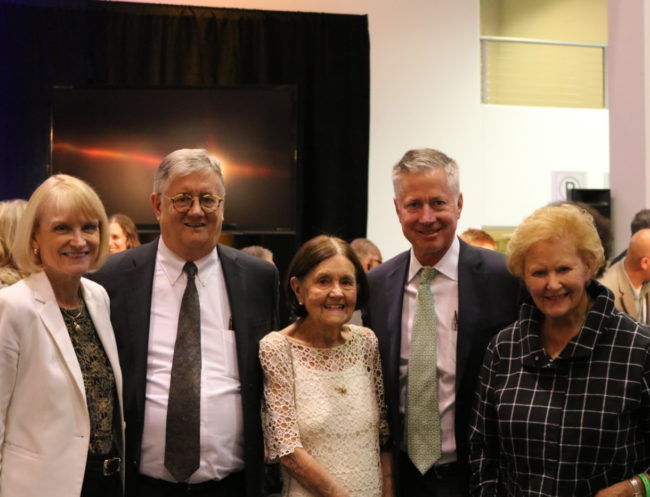 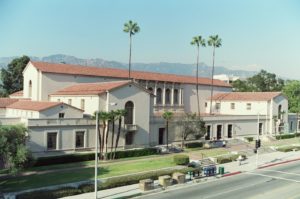 The Central Library is one of Pasadena’s architectural and cultural treasures. Designed by renowned architect Myron Hunt and listed in the National Register of Historic Places, the building is also a busy, working library. It houses a collection of nearly 800,000 items, and more than 55,000 people visit the Central Library each month.

Since 1984, the Pasadena Public Library Foundation (PPLF) has raised nearly $4 million for the preservation of the building and the upgrades necessary to operate a modern library. One of the library’s most dedicated supporters and champions – Mrs. Ann Longyear – was honored recently with the California Library Association’s President’s Award, selected by Michelle Pererra, the 2019 CLA president and Pasadena’s library director. The CLA President’s Award “recognizes outstanding contributions, leadership and achievement in support of California libraries by a Trustee, Friend, Elected Official, or other layperson who has given his or her time and talents to further the advancement of California libraries.”

One of Mrs. Longyear’s most enduring legacies is stable funding for the Central Library. In the 1980s, Ann led efforts to pass a local tax dedicated to library operations, which passed overwhelmingly and in the years since has been reauthorized twice. After the initial library renovation, the PPLF established an endowment with the funds they raised and dedicated it to funding the historic library’s preservation and restoration in perpetuity.

In 2011, the PPLF became a fund of the Pasadena Community Foundation. PCF manages the library’s endowment and supports PPLF’s fundraising efforts, which have committed $300,000 over the past ten years in support of restoration projects. From the building façade to the library elevators, and the seats in the famed Donald R. Wright auditorium, PCF has worked in partnership with Ann and her fellow PPLF board members to ensure that this civic treasure endures and thrives.

PCF congratulates Ann for her well-deserved award, and her 35 years of leadership at PPLF. Her commitment to the Library is a commitment to preserving a piece of Pasadena’s history, as well as the education, career development, and other services that the library provides for every member of the Pasadena community.