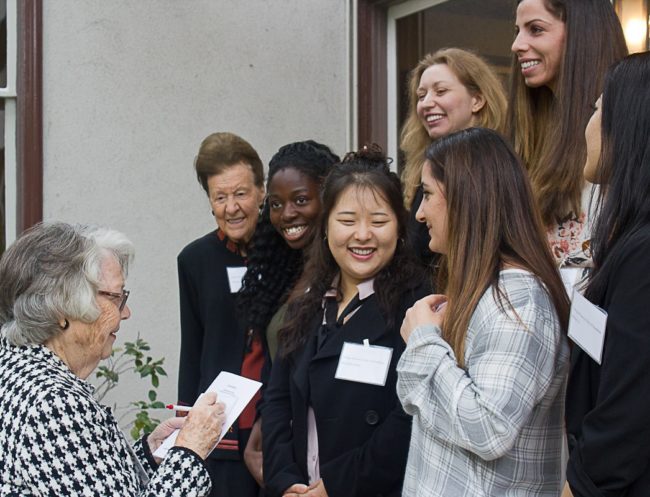 The more than $1.5 million that generates the Club’s annual awards is in a permanent endowment held and managed by the Pasadena Community Foundation (PCF). The record amount given away by the Club’s Scholarship Foundation this year was bolstered by robust growth in 2017 that saw PCF’s assets grow by more than 20%, which was number one in its asset class for community foundations nationally.

The President of the College Women’s Club of Pasadena is Fran Banta and Chair of the Scholarship Committee is Marilyn Siemon-Burgeson. Memberships in the College Women’s Club of Pasadena is open to any woman interested in the club’s engaging opportunities. College affiliation is not expected. The scholarship committee is only one of the club’s diverse activities. Members and guests share monthly luncheons, tour regional attractions, and perform volunteer service.

For more on the College Women’s Club, click here.