When Carol Liu and Mike Peevey decided to “Be 1” to create a permanent legacy for Pasadena, supporting education grant-making was a natural choice. The Michael R. Peevey & Carol J. Liu Endowment for Education is one of many examples of Carol and Mike’s lifelong dedication to inspiring and enriching students in Pasadena, and across California. Prior to serving in the California State Assembly and Senate, where she was Chair of the Senate Education Committee, Carol was a public school teacher for 17 years. In 2002, Mike was appointed president of the California Public Utilities Commission, where he oversaw the creation of the California Emerging Technology Fund, a nonprofit organization dedicated to closing the “Digital Divide” in underserved communities through improved access, adoption, and education.

Both Carol and Mike are long-time supporters of their alma mater, University of California, Berkeley, and believe deeply in the power of public education.

“Education is an equalizer,” said Carol. “With PCF’s commitment to supporting education in under-resourced communities, we know that our endowment will open doors and provide students with opportunities to thrive for decades to come.” 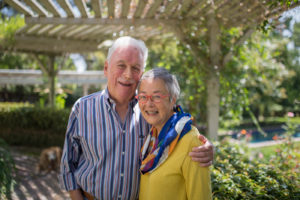