The Uookaa Foundation was established by Fred Wesley and Alison Snow in memory of their son Walker Wesley, who died suddenly on March 7, 2021 at age 31. “Uookaa,” pronounced “Wah-kah,” is Walker’s creative spelling of a nickname he acquired from a young child living down the street who had difficulty pronouncing the L and R in his name. The nickname stuck and became Walker’s trademark online name and now the name of the foundation to carry on his spirit. 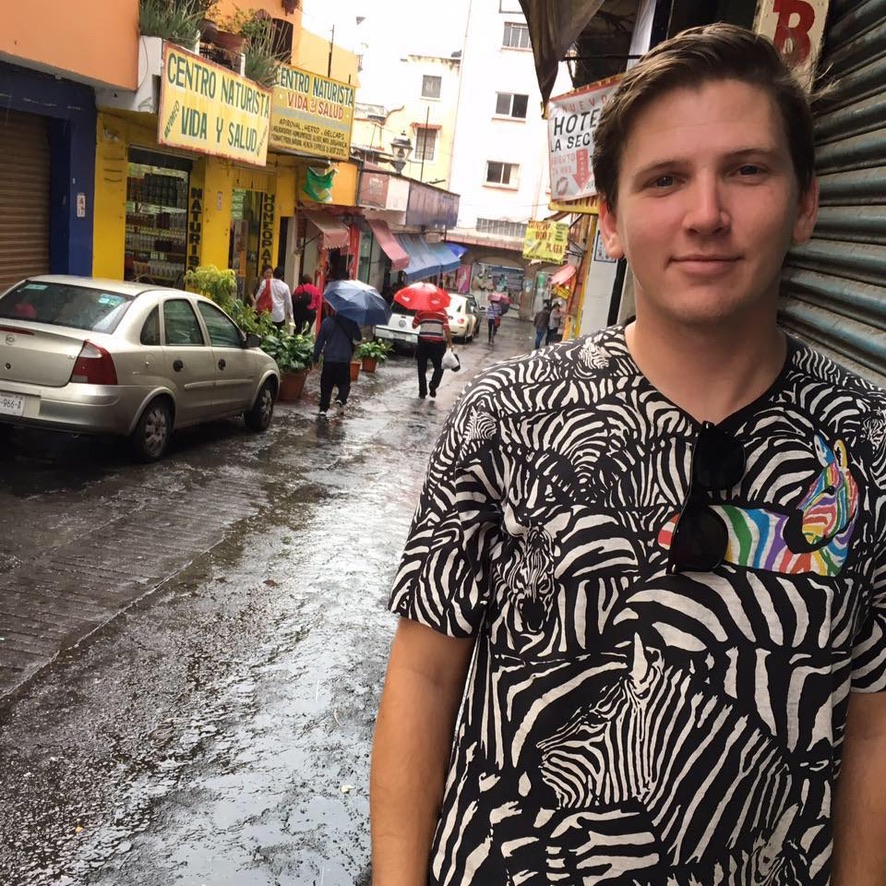 A Love for Humanity, Culture, Music, and Art

Walker did not live long enough to become a husband and father, but he lived a very full life and touched many people with his positive energy, kindness, sense of humor, and fun-loving nature. Walker was a people person to his core. He was comfortable talking with anybody, but more importantly, he enjoyed listening. He had an irrepressible curiosity about people and cultivated close friendships wherever he went.

This interest in humanity and cultures led Walker to pursue the study of Cultural Anthropology at UC Santa Cruz. Deeper than books, however, Walker found the soul of mankind in music and slowly acquired an eclectic collection of recordings from across time and countries, which he loved to share as a DJ with the UC Santa Cruz campus public radio station KZSC and with his personal friends.

Coupled with his love of music was an appreciation for contemporary modern art, architecture, street art, and anime. Walker enjoyed wearing as much art as possible on his many self or commercially printed tee shirts and was a “walking museum” of color and design.

His creative interests in art and music eventually led him into a career in the film industry, specifically focused on props. Some of the first shows he worked on were Big Brother, Diary of a Future President, 911 Lone Star, Craftopia, and Gentefied. Walker had quickly found his niche and was only looking forward.

Clearly at ease and stimulated by urban culture, Walker also spent days of his life outdoors, roaming the family’s cattle ranch, working at roundups and brandings, and learning all things “cowboy” that most city kids would never dream of. Other glorious days were spent hiking in the high Sierras, the Redwoods, the mountains of New Mexico, and camping all over California and into Baja California. Seeing new places was always in the back of his mind.

During one particular job, Walker travelled throughout the United States, conducting ADA inspections of buildings to improve access for people with physical disabilities. During this work he chronicled with beautiful photography the different faces of cities across the country. He learned Japanese and traveled to Japan, as well as to Mexico, the UK, Canada, and Hong Kong. He had only scratched the surface of his desires.

Helping Others Shine and Grow

With such an insatiable zest for life and discovery, as well as a penchant towards love and acceptance of all people, Walker was a light bringer for many. Like the infinite stars in the skies, there are endless young people waiting to shine and grow, like Walker, if given the chance, freedom, and support he found in his life.

Alison and Fred have a long history of involvement with non-profit organizations in the Pasadena and Sierra Madre area that aim to make just such a difference in other people’s lives. In honor of their interests, as well as Walker’s, the Uookaa Foundation is partnering with Pasadena Community Foundation to focus the majority of its charitable giving in three areas: Arts & Culture, Youth & Education, and Environment & Animal Welfare.