The Wayne & Judith Carter Endowment supports PCF’s grantmaking in the area of Human Services.  Wayne Carter and Judith Thrush Carter were both born in San Francisco, three years apart and in separate hospitals. Both grew up in Los Altos. Although they first met in high school, it was not until they were students at Stanford University that their relationship flourished. They married as they were completing their studies. Wayne received his MBA and Judith her bachelor’s degree in history, in June 1962.

Wayne accepted a job at a medical device company, which required that they relocate to Southern California. In the years that followed their family grew to two sons, a daughter, and numerous cats. They spent most of the intervening years in this area with a two year period in Tucson, Arizona due to a job transfer. While in Tucson, Judith completed a master’s degree in Library and Information Sciences at the University of Arizona.

Community Service for the Pasadena Area

Upon their return to San Marino, they supported various community activities in which their children were active, among them were PTA , Girl Scouts and Little League. Wayne’s career required business travel but he managed to play tennis on the courts at Lacy Park on weekends. He was president of the San Marino Tennis Foundation in 1990-91.

As the couple’s children graduated and moved on, Judith found time to use her graduate degree in a variety of unique library settings and to write columns for the San Marino Tribune and the Pasadena Star-News. Wayne’s career in sales and marketing for large corporations took a turn when he joined Heidrick & Struggles, the international executive search firm. He retired as a senior partner and director after 21 years in the firm’s Los Angeles office.

Both Carters found time to increase their community service after Wayne’s retirement. Over the years they focused on their involvement as Fellows, members of the Collectors Council and Successors at the Huntington Library. Both served on the board of the Frostig School in Pasadena, and the San Marino Historical Society. Wayne is a member and past president of the Rotary Club of San Marino and was a board member of the Pasadena Symphony Orchestra for several years. Judith has volunteered as the archivist at the San Marino Historical Society for fifteen years.

After nearly forty years in their home in San Marino, the Carters moved to MonteCedro, an active retirement community in Altadena, in 2016. 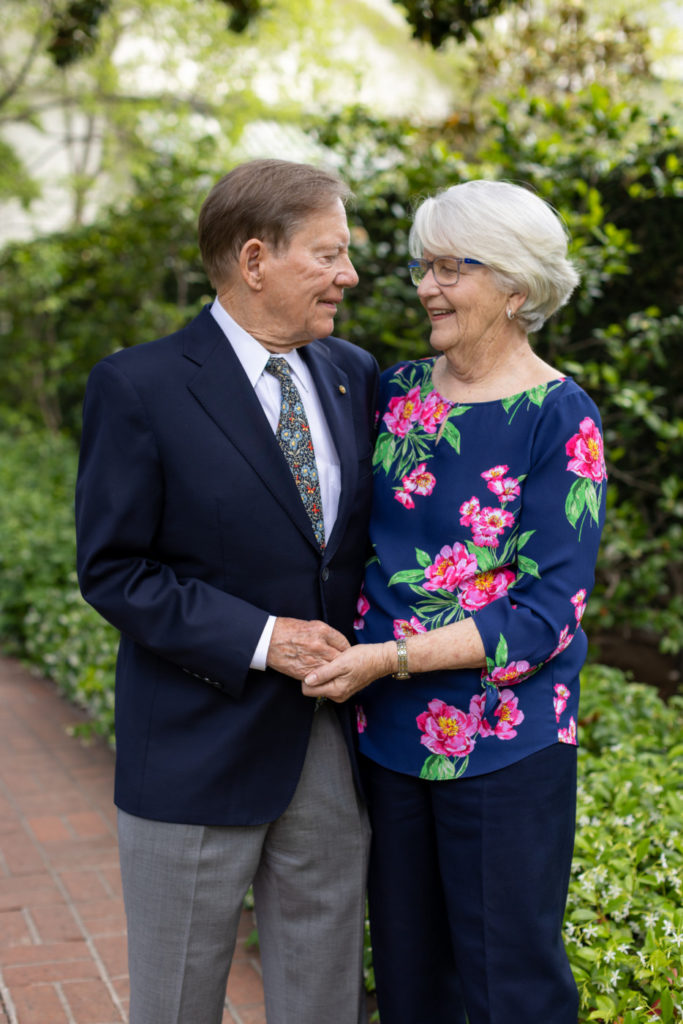 Through the years, the Careters met people who served on the Pasadena Community Foundation Board and saw that the Foundation was compatible with their desire to focus on the greater Pasadena area. A few years ago, they moved the Irval & Florence Scholarship Fund, a donor advised fund established in honor of Wayne’s father, to PCF. Wayne said, “A year ago, that fund was turned into an endowment fund controlled by our children to give them experience in philanthropy, and the PCF staff made it a seamless transfer. At that time we decided to contribute to the PCF’s community grantmaking as well.”

In 2022, the Carters used their IRA charitable distributions to create a named endowment, which will contribute to PCF’s community grants program and support the area of human services in the greater Pasadena area.

The Power of Endowment
Endowments are the cornerstone of PCF’s mission to build hometown legacies. The corpus of each endowed fund is invested with PCF’s portfolio for long-term growth. Each year, the endowments generate the funds that support PCF’s local grantmaking, which enriches the arts community, protects our environment, provides health care and critical social services, and bolsters public education in Pasadena. Endowments are permanent legacies for our community; these funds will continue to grow and provide philanthropic support forever.