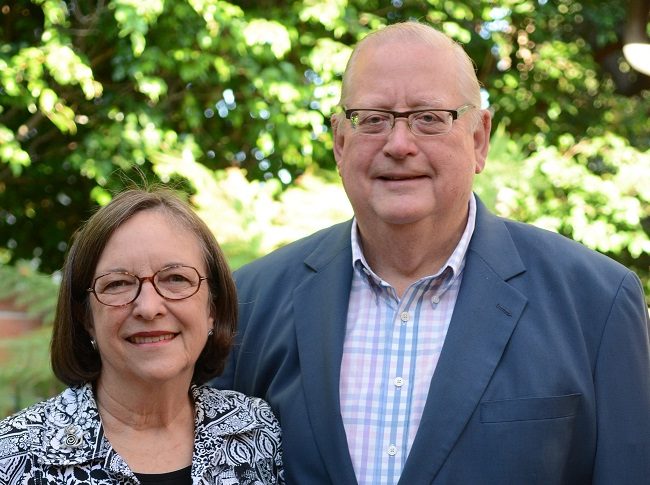 Growing up in Pasadena and Monrovia, respectively, Bill and Judy understood and appreciated the benefits of community foundations. In fact, Bill’s father created a donor directed fund through PARAID, an organization that donated to Pasadena causes. Bill himself became a respected leader as CEO of a local non-profit — a position that resulted in him becoming aware of PCF decades ago when it was known simply as the Pasadena Foundation.

Bill’s early exposure to philanthropy and his 53 years at HMRI helped shape, not only his, but Judy’s approach to volunteerism and giving. Today, they have built an unrestricted endowment at PCF, which supports local grant-making.

“The fund we set up through PCF will continue after we’re gone,” says Bill. “We also decided to make the fund unrestricted because there are organizations and causes that are just getting started that we do not know about. PCF is diligent about researching organizations that are doing good work.”

For both Bill and Judy, when it comes down to it, Pasadena is home. “A lot of our friends are retiring to other places, and so there is pressure to sell the house and move,” explains Judy. “To us, Pasadena is a gold mine of cultural gems: museums, gardens, classes – the list goes on. It’s hard to beat Pasadena.”