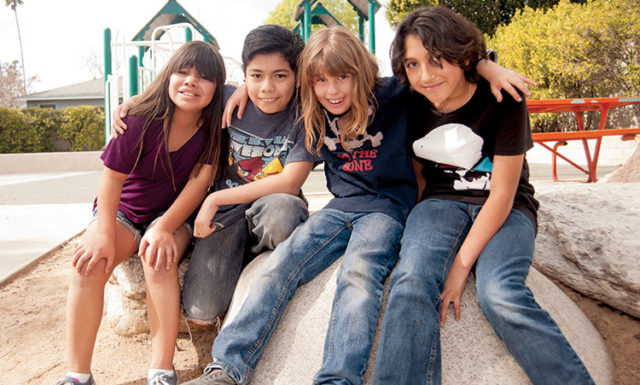 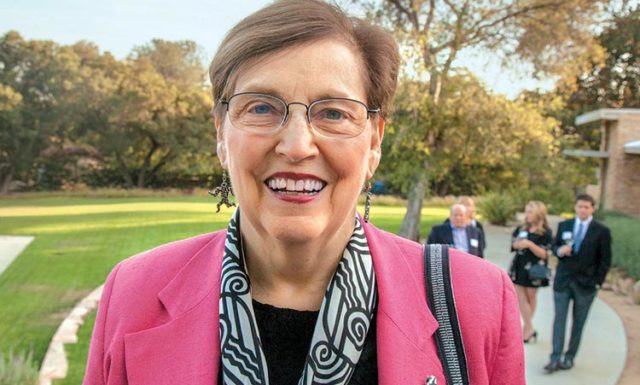 An endowed fund (also referred to as an endowment) preserves and grows charitable assets in order to support a cause, organization, or scholarship in perpetuity. Gifts made to an endowed fund form the “corpus,” which is not donated, but instead invested for long-term growth. An endowment fund yields interest, and that interest is donated to the designated nonprofit recipient, creating a permanent and ever-increasing source of financial support.

For example, the PCF Senior Grants program is supported by the Cornelia L. Eaton Endowment for
Assistance to the Elderly. Eaton lived in a modest house in Pasadena, which she left to PCF, along with the rest of her estate, upon her death in 1995, a bequest valued at $816,225. She specified that the funds to be used to support charitable organizations that serve Pasadena’s seniors, so PCF created a permanently endowed fund. Her fund is now valued at $1.5 million and has awarded more than $850,000 in grants over 23 years.

Cornelia Eaton was one of PCF’s earliest Endowment Builders, who are the cornerstone of our mission to build hometown legacies for Pasadena. Endowment Builders are donors who have established named endowment funds that support PCF’s grantmaking programs, making it possible for PCF to award more than $1 million in local grants each year and provide sustained support for more than 100 local nonprofit organizations. Together we enrich the arts community, protect our environment, provide health care and critical social services, and bolster public education in Pasadena.

Who or What Will Your Endowment Benefit?

Be a PCF Endowment Builder: Your endowment for Pasadena can be Unrestricted, supporting PCF’s grantmaking at the Foundation’s discretion, or dedicated to a Field of Interest, supporting your choice of one of  PCF’s six areas of interest: Arts & Culture, Community & Economic Development, Environment & Animal Welfare, Health & Safety, Human Services, and Youth & Education.

Designate an Organization: Designated Charity Funds are endowments that support a specific charity by providing an annual grant to that charity while the corpus is preserved and invested for long-term growth. The donor specifies how funds are to be used and PCF provides ongoing stewardship and oversight to ensure that your intentions are fulfilled.

Create a Scholarship Fund: Scholarship Funds are created to benefit specific educational institutions or reflect the donor’s interest in supporting the aspirations and capabilities of others. The accomplishments of scholarship recipients serve as a tribute to the commitment of the donor. In addition to providing a bright future for young students, scholarship funds can recognize individuals and support treasured values. You can set up a scholarship fund to benefit a specific school or any nonprofit organization. A Scholarship Committee will be appointed to identify the recipient for the scholarship. PCF will manage the annual distribution of funds on your behalf.

Funds can be established in your name or in the name of your family. They can be a memorial or honor fund to pay tribute to a loved one or respected mentor or teacher. If you prefer, your fund can also remain anonymous.

Decide What and When To Give

PCF accepts checks, gifts of stock and real estate, and a variety of other assets.

You can create your fund now or work with your financial advisor to leave a planned gift through your will or trust. Alternatively, you can name a fund as a future beneficiary of a retirement plan or life insurance policy. Those who make provisions to benefit or create a permanent fund through planned estate gifts are recognized as members of PCF’s Legacy Society.

Please contact Jennifer DeVoll at (626) 796-2097 ext. 2 or jdevoll@pasadenacf.org with any questions or to request our fund agreement. 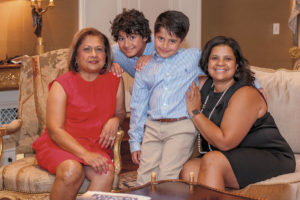 “Growing up in Pasadena, my siblings and I learned from our parents the importance of community and a mindfulness of the less fortunate. I know my funds will stay right here in the area, and have a measurable impact for decades to come.”