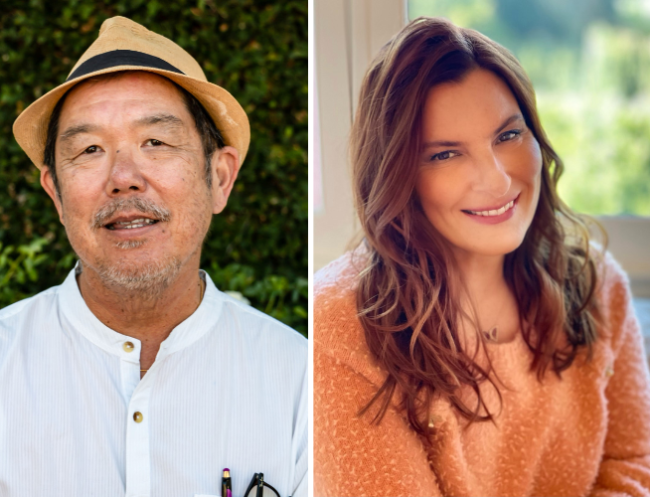 The Pasadena Public Library Foundation (PPLF) and Pasadena Community Foundation (PCF) announce the appointment of two PPLF board members: Robert Karatsu and Ann Russo. PCF manages the Library Foundation’s endowment as one of its 450 funds, which, along with donations from the community, provides grant money to fund special library projects.

About the Pasadena Public Library Foundation
PPLF was founded in 1983 to raise funds for the refurbishment and restoration of the beautiful Central Library building. Through the hard work of volunteer board members and generous public support, the Foundation raised $2 million over a six-year period toward major restoration. The Foundation established an endowment to support significant projects at the Central Branch, which over the years have included renovations of the Children’s Room and the Donald Wright Auditorium, replacement of the cork flooring in the Great Hall, the restoration of the outdoor fountain, and significant upgrades to technology.

PPLF and PCF formed a partnership in 2011 to continue the PPLF’s mission to restore, preserve, and maintain the architecturally and historically significant Central Library Building. In May 2021, the City of Pasadena ordered the closure of Pasadena Central Library for seismic retrofitting. Despite this setback, the PPLF board remains committed to protecting and preserving the Central Library while also strengthening the city’s branch libraries during the Central Branch’s closure. This year, the group will also lend its efforts to the Pasadena Public Library Services Continuation Measure, which will be on the November 8 General Election ballot.

New Board Member Robert Karatsu
Robert Karatsu currently serves as the chair of the Pasadena Library Commission after serving as a commissioner since 2017. In June 2022, he was inducted into the California Library Hall of Fame at the California Library Association’s annual conference in Sacramento, honoring his years of extensive service and leadership in the library community.

Robert was a participant in the first Stanford University’s Institute on 21st Century Librarianship in 2000. In 2007, he became the Library Director of the Rancho Cucamonga Public Library, which, under his leadership, won the Institute of Museum and Library Services National Medal in 2013, the highest honor that the federal government can bestow on an American museum or library. In 2014, he was elected as the President of the California Library Association and served in that role throughout 2015. In 2016, he acted as the Interim Pasadena Public Library Director for several months.

Robert taught for 11 years for the San Jose State University’s School of Information and more recently for UCLA’s School of Education and Information Studies. He served three terms as a mentor for the Eureka! Leadership Institute. He continued his work in training library leaders as Project Manager for the Developing Leaders in California Libraries program. Even after retirement, Robert remains very active with the Pasadena Library, serving as the Chair of the Pasadena Public Library Commission, and now as a PPLF board member.

New Board Member Ann Russo
Ann Russo is a native of New York City, where she lived until she was 10 years old. She spent her teen years in New Canaan, CT. She returned to New York City to earn her BFA in acting from New York University’s Tisch School of the Arts. Upon her graduation, she starred in the well-regarded theatrical cinema release Boys Life. Acclaim from her performance prompted Ann’s relocation to Los Angeles. Her other acting credits range from Shakespeare to the Marvel Cinematic Universe.

As a professional actor, Ann must seek information from multiple sources to study for her roles. Thanks to her love of books and years of library visits, this is a well-developed skill for Ann. Her core belief is that libraries benefit society — and humankind as a whole — by making information and knowledge more accessible to all.

Additionally, Ann has an appreciation for architecture and architectural history, interests that serve her well in her role as a member of the Pasadena Public Library Foundation. Ann lives with her husband, daughter, son, and two rescue dogs in an historic Pasadena property, which the family is currently restoring. Ann is delighted to join PPLF in its mission to support capital projects at the architecturally significant Central Library of the Pasadena Public Library system.